E-Verify is Down. What Do Employers Do Now?

Funding and congressional authorization for the program ran out Dec. 22, 2018, as the government went into a partial shutdown after Congress and the White House could not agree on how to fund some agencies, including the U.S. Department of Homeland Security (DHS), which administers the system, for fiscal year 2019.

E-Verify compares information from an employee's Form I-9 to DHS and Social Security Administration (SSA) records to confirm employment eligibility. Employers enrolled in the program are required to use the system to run checks on new workers within three days of hiring them.

During the government shutdown, employers will not be able to enroll in E-Verify, initiate queries, access cases or resolve tentative nonconfirmations (TNCs) with affected workers.

All employers remain subject to Form I-9 obligations, however. "Remember that the government shutdown has nothing to do with an employer's responsibilities to complete the Form I-9 [in a timely manner]," said Dawn Lurie, senior counsel in the Washington, D.C., office of Seyfarth Shaw. "Specifically, employees are required to complete Section 1 of the I-9 on or before the first day of employment, and employers must complete Section 2 of the I-9 no later than the third business day after an employee begins work for pay."

No Cause for Alarm

Lurie advised employers not to panic while E-Verify is down. "Employers will not be penalized as a result of the E-Verify operations shutdown," she said. "Employers will not be penalized for any delays in creating E-Verify cases. However, employers are reminded that they must continue to complete I-9s in compliance with the law, and when E-Verify becomes available, create cases in the system."

To minimize the burden on both employers and employees, DHS announced that:

Amy Peck, an immigration attorney with Jackson Lewis in Omaha, Neb., advised employers to keep track of all new hires with completed I-9s for whom there are no E-Verify queries due to the shutdown. She also recommended attaching a memo in a master E-Verify file tracking the days that the program was unavailable. "I've seen the discrepancy come up years later during an audit," she said.

Federal contractors with a federal acquisition regulation E-Verify clause should contact their government contracting officers to extend deadlines. "Federal contractors have a particular concern because nobody is supposed to be working who has not been verified through the system," Peck said. "People can be hired, but whether they are allowed to work on the contract before being run through E-Verify is a critical consideration that should be discussed with counsel."

Prepare for the Resumption of Service

Miller said employers should monitor the shutdown. "When it is over, log in to the system and see what instructions there are for creating and submitting queries," she advised. "There is an obligation to create those queries if you are enrolled in the program, even if enrolled voluntarily."

The backlog created as a result of the shutdown might have a significant impact on employers that process many E-Verify cases and specifically on the HR staff and other team members in charge of the process.

"Not all employers will be able to push all their cases through at once when the shutdown ends," Miller said. "If everyone did that, the system would crash. DHS will provide instructions on how to submit queries. Employers will be asked why the query is being submitted after the required three days. In the past, 'Government Shutdown' was one of the options in the dropdown menu."

Peck reminded employers that the loss of E-Verify does not mean there is a prohibition against hiring. "Companies should continue to hire as they need," she said. 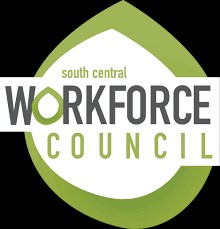